UNITED STATES—With the nation’s fingers pointed at the news in recent months, we here at Word Brothel feel a sense of patriotic obligation to point a few fingers at ourselves. Journalism is under attack and this time it appears to be for good reason. Some scurrilous intern of ours, who has since been fired, doctored and posted the photo above. The photo depicts President Trump uncharacteristically eating a live ferret. There is no record of this ever happening. Bearing the shame and regret for our employee’s actions, we have made it our journalistic mission to debunk every fake news photo of Donald Trump, starting with the one above of him inserting a ferret into his tiny little mouth.  Please analyze the following photos as long as needed, so that you might be able to discern the real images from the fakes. 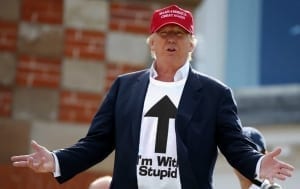 We can’t apologize enough for our intern’s actions and could not consider ourselves respectable journalists if we did not point out the fact that this photo is also very fake. Donald Trump wears his t-shirts UNDER his well-pressed button-ups. 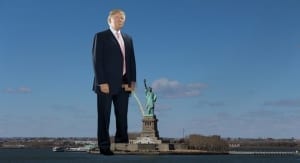 Much like this photo of Donald Trump standing taller than the Statue of Liberty and urinating downward on it, the photo that we accidentally posted of the President ingesting a pet ferret is a total fabrication. 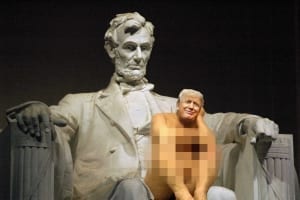 This is a photo of Donald Trump doing the unspeakable on Abraham Lincoln’s lap. It’s definitely not real. 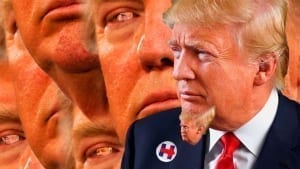 We felt so guilty about that ferret photo fiasco, we worked all night to confirm the falsehood of this photo, but it was worth it to know without any doubt, that this depiction of the President is 100% fake. Do you REALLY think he’d wear a Hillary pin?

Those are pretty much all the fake photos we could find of Donald Trump on the entire internet at the moment. If you see any more egregiously fake photos of our Commander in Chief, please do your American duty and post them as much as possible, in order to expose their utter fakeness.