The Dad From Fairly OddParents Is A Total Cuck

Fairly Oddparents was a brilliant Nickelodeon cartoon that offered both laughs and moral lessons to young viewers. Who could forget the episode where children were taught about adversity and prejudice when the tooth Nazi next door led Timmy to wish for everyone to be exactly the same? Beneath the surface of this show one can find a more sinister message that’s had a lasting impact on our youth: Timmy Turner’s dad is a major cuck and that’s something for children to emulate.

Parents would be wise to think long and hard before letting their children consume media that leads to them growing up and becoming a miserable, reprehensible cuck like Timmy’s dad. 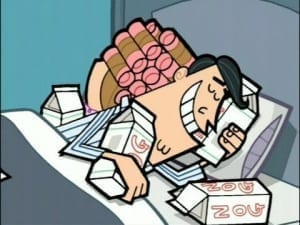 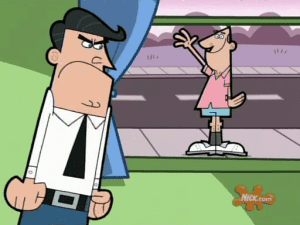 The most obvious acknowledgement to Mr. Turner’s status as a giant fucking cuck is his obsession with his neighbor Dinkleberg. Now that is a man who can do everything. He is the alpha to Mr. Turner’s beta in every walk of life and there are little Easter eggs that indicate that Dinkleberg also porks Mrs. Turner while her husband watches and masturbates.

Contrary to popular belief that participation trophies and coddling children were responsible for the generation of crybaby liberal cucks we are plagued with today, Timmy Turner’s dad never received a trophy. He falls so short in every aspect of his life that no honor has ever been bestowed upon him. Now, he lives out his miserable life coveting his neighbor Dinkleberg’s sexual prowess and using his tears as lubrication while he pleasures himself. If only his son would wish for his dad to not be such a massive cuck. 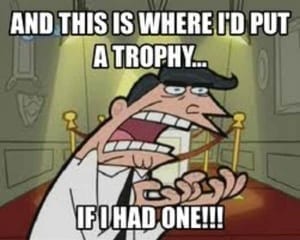