If This Was 1977, Americans Wouldn’t Have Been Progressive Enough To Almost Elect A Pedophile For The Senate 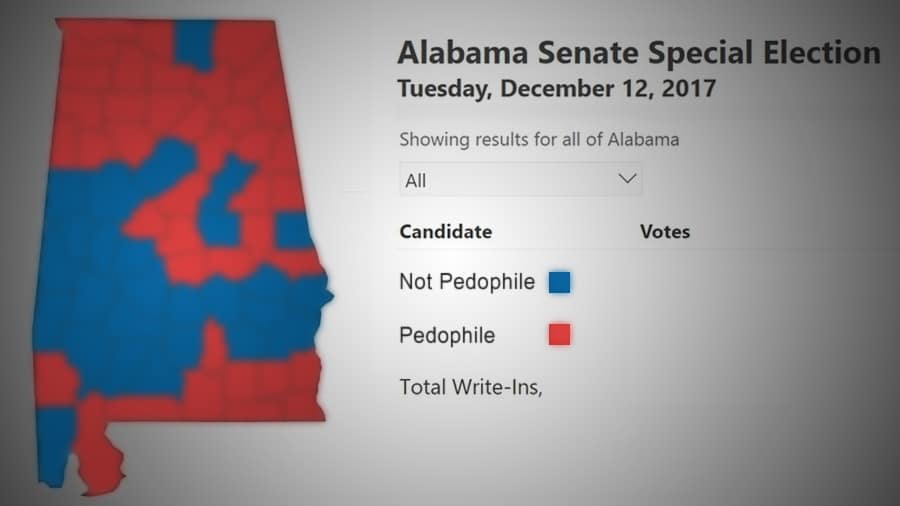 Last night was a huge win for pedophiles across the nation. Doug Jones may have taken the Alabama senate seat, but a more important symbolic victory was claimed when celebrity pedophile, Roy Moore, swept up 48.4 percent of the votes from Alabama residents. This marks the first time in American history that a publicly out pedophile nearly won a senate election. Considering the nation’s conservative past, there’s no way that could have happened 40 years ago. People everywhere celebrated by cracking open bottles of champagne and asking children if they would like a sip.

At least SOME people realized that it’s 2017!

The victory comes after a tumultuous race for Moore; a race in which some have remarked that the cards were stacked against him from the beginning, due to making a ton of sexual advances toward underage kids. The only problem is that we’re in the new millennium and almost half the state voted for him, so what’s the big deal? This writer believes that merely being a Republican in Alabama is the only thing that doomed the former judge. With fake news media outlets and some local malls doing whatever they could to smear the good name of Mr. Moore, it’s refreshing to see that some of us wouldn’t stand for intolerance toward child molesters.

Despite making great leaps forward, pedophilia has been on the decline in recent years with popular shows like To Catch a Predator demonizing the act of attempting to have sex with underage children. The situation has only gotten worse for child sex offenders when buzzkill Catholic leader Pope Francis began cracking down on adult-child relations within the church.

Luckily, no one can ever stop the engine of progress from trucking forward. Today, 48.4 percent of Alabama voters are cool with pedophilia; tomorrow, maybe it’ll be the rest of the country.