Time Traveler Came Back To 2016 To Warn: “Stop Calling This The Worst Year Ever”

Meet Drongificent Blar, or as his friends of the future affectionately call him “D-Blar”, “Drong”, or “Gificent”. Drongificent is an American citizen from the year 2060 and he has come back with a dire message for Americans in 2016: stop calling this year the worst year ever.

Mr. Blar explained, “In the future, we all look back at the historic documents [tweets, blogs, and Facebook posts] and you look really stupid saying each year is the worst year ever. Here’s the thing, this was actually a great year in retrospect because each following year gets exponentially worse.”

Drongificent went on to say that he was from a dystopian future where people are basically cattle owned by corporations and even the most basic freedoms, like going to the bathroom when you want to, are luxuries we take for granted. “We read about people arguing over WHERE people can go to the bathroom in your year and say, ‘I just wish I COULD go to the bathroom. It’s been days!’” 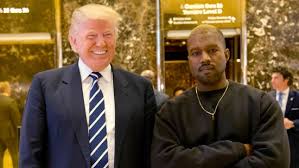 My new friend Drong had a few things to say about politics as well. “All we read about is Trump being the worst president ever. It’s hilarious. What he did pales in comparison to our current president, the third generation of Kanye West’s dictatorship, Andropulus West. He thinks he can be as great of a dictator as his grandfather, but he can’t even rap that well. How is he going to fair in the international rap battles that decide how we split our planet’s dwindling resources for the next four years?”

As my homie Gificent was saying, we have to make a change. Things are getting out of hand and something must be done. My main man D-Blar had this to say about what we could do: “Do? What do you mean? Like to change it? I don’t know. I was just sent back by your generation to tell you to stop calling it the worst year ever, because you’re going to feel really stupid”.

My intertemporal best friend and lover then left in a flash of beaming white light, leaving behind nothing but a grim warning, a little advice, and a broken heart. If you’re a time traveling person from the future and you want to mend this lovesick journalist’s aching heart, please email me.