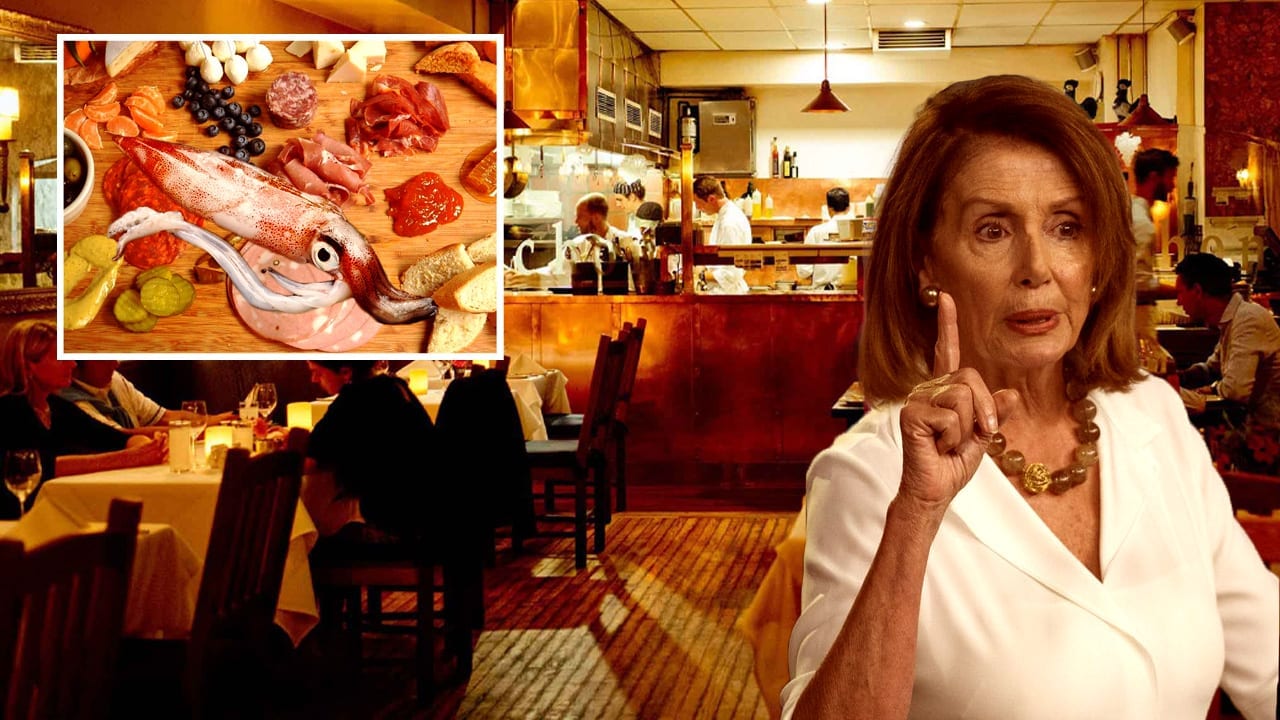 WASHINGTON, DC—Speaker of the House Nancy Pelosi is urging caution to those in her brunch party eager to initiate removal proceedings against the pile of writhing squid meat slithering all over their charcuterie spread. Though the historic nature of the squid meat’s abuses of stomach health have long been public to La Jambe’s other customers, Pelosi fears attempting to oust the glistening mound of twitching tentacles may backfire during later courses.

Those seated to Pelosi’s left are making the most impassioned arguments for scraping the viscous sea-legs off their now slippery shared plate of meats and cheeses. “Future meals be damned, we must exercise our basic authority as restaurant patrons,” said Rep. Alexandria Ocasio-Cortez. “We have a moral obligation to trash these shiny, wriggling squid bits that are slowly crawling all over our faces and laps.”

Though the Speaker hasn’t fully ruled out the possibility of disposal later in the afternoon, she’s wary of its potential effects on those seated to her right who ordered the ungodly ocean flesh, and the restaurant staff who served and prepared it. She quietly mulled over the potential eating ramifications as seven shimmering squid beaks hopped and clattered all over her American flag-plate.

“I concede that my hands are fully coated in dripping squid mucus and a tentacle is trying to suction-cup out my eyeball, but why not use our table-majority status to hold hearings about the general dangers of semi-conscious squid meat?” proposed the embattled bruncher. “This is effectively the same as throwing out the slimy protein without ever saying the word ‘trash.’”

Republican House Minority Leader Kevin McCarthy couldn’t be reached for comment, though he did offer a forced smile and a thumbs up while a nightmarish interlocked chain of festering tentacles tightened their grip around his strained neck.

“We can’t seem like a squid-obsessed dinner party,” said Pelosi through a thick Davy Jones-esque tentacle beard. “We have to focus on topics this Great Restaurant cares about, and hopefully the wait staff will eliminate this option from the menu in a year.”

In the meantime, Pelosi’s wooden table bucked under the strain of an exponentially reproducing sea of flailing ocean limbs, calling into question the restaurant’s structural integrity in the face of a rapid tentacle infestation. The growing squid-mass outpaced the human population of the brunch establishment, obfuscating where one human limb began and where a squid slice ended.