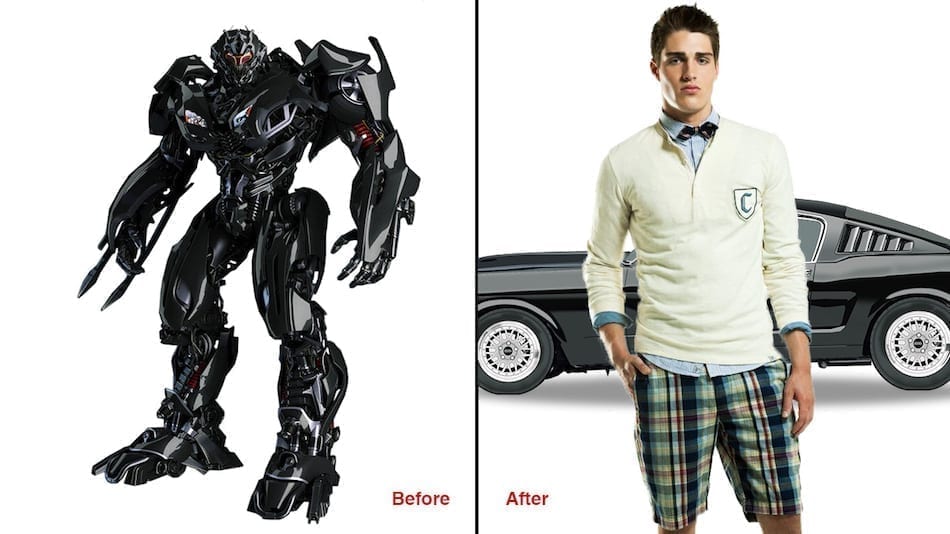 Los Angeles, CA — Here we go again! Another member of the alien tech species known around the world as ‘Transformers’ has crash landed on earth. And he’s not even old enough to drink. In his vehicle form he’s a 1976 Mustang, but in his fuck-shit-up and destroy-my-favorite-cafe-in-a-wild-brawl form? He’s a 19 year old named A.J., preferring to be referred to as ‘A.J., the Transformer,’ who likes to talk exclusively about his Musta…himself?

A.J. differentiates himself from other Transformers by taking a human form. White, brown hair, floral dress shirt, skinny jeans, and a rude ‘tude.

“Look I’m just like any of the other transformers. I turn into a car. The car I turn into just happens to be a 76 stang. Best year for cars, no doubt, no doubt. Double engine mixed in with some Cybertron goodness. Allspark fuel. Spark igniters.Ya know bro? Real grown man shit.”

Not everyone is ecstatic about the teenager’s arrival on earth. “He drives around the entire city, breaks every speed limit, and leaves the entire place smelling like backwoods,” said one citizen who preferred to remain anonymous (it was me).

When told of the complaint, A.J. replied that there are no limits, proceeding to lift up his shirt and reveal a “No Limits” tattoo. “Got this on Cybertron. My boy Wallop designed it. It’s just really how I feel you know? Life doesn’t have any limits, but hey, maybe that’s just me.”

The Autobots have been surprisingly receptive to the newest Transformer. “It’s his whole philosophy,” said autobot Nightblitz. “He just really gets it. He’s a lot younger than all of us, but we really look to him as an example.” The reporter notes that Nightblitz wore a buttoned up pink collared shirt over his jagged metal body; a recent change.

According to Optimus Prime, leader of the Autobots, A.J. is already changing the dynamic of the group.

“We have a fashion sense now. Niggas need to know that we really are about any and all action.”

Can a transformer say that word? No clue. But what I do know is that soon this entire city is going to smell like peach cigarillos. Nick Graves, reporting for Word Brothel.