March Madness is in the air and the competition on the court is matched only by the competition in the office and amongst groups of friends. Like any form of gambling, it mostly comes down to luck. While watching NCAA basketball all season can help while filling out your bracket, you’ll never beat that dicknose who who picks teams based on arbitrary stipulations.

We all know him. He uses words like “sports ball” and ironically watches the Super Bowl every year just for the commercials and half time show. This ass-wipe  only enters the bracket pool every year to piss you off and so far he’s off to a good start.

At a Verizon Store in San Fransisco his name is Jake Harris and his coworkers are fuming already. “Two years ago he won by picking which team’s mascot would beat the other team’s mascot in a fight. Last year he picked them by which team’s starting line had players with the funniest sounding names. He’s such a prick,” commented coworker Alison Rawlings.

Although the tournament is still underway, it’s looking like Jake is going to clean up again this year. Jake, who doesn’t even own a television (which he mentions anytime he is confronted with a conversation about sports), is surprisingly braggadocious about his accomplishments. He wears a crown for the entire week following the NCAA finals and only responds to “King of Sports” at work. 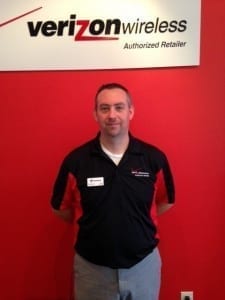 “It’s not like I want him to quit working here, he’s a good employee. I’d just prefer if he didn’t turn in a bracket next year. I don’t go around listing the best Modest Mouse songs or getting obnoxious tattoos and piercings, it would be nice if he could return the favor and stay out of things related to athletics,” says manager Aaron Westin (pictured left).

Only time will tell who will reign supreme. Check back with Word Brothel at the conclusion of the tournament to see if Jake’s streak continues.