Since the dawn of man eclipses have had a profound impact on civilization. The celestial phenomenon has led to major scientific breakthroughs and influenced cultural change. Considering the political turmoil and shifting social dynamics of our current society, the upcoming solar eclipse could very well be the catalyst for a revolution. This possibility is such a cause for concern for our government that they have produced glasses and launched a fear campaign to keep us from staring at the eclipse and achieving spiritual enlightenment and evolving to the next plane of human intellect.

Ancient cultures believed that an eclipse was an omen for the death of a king. Similarly, Trump and his advisors are afraid that we the people will unite together and overthrow their oppressive establishment. The narrative of fear that the powers that be have been pushing is that not wearing the glasses will cause us to go blind. In reality, wearing the glasses will keep us blind to the injustices and brainwashing we are subjected to on a daily basis. If we want to collectively become woke, we must all reject these glasses and stare straight into the glory and majesty of the sun and moon aligning.

The government’s biggest fear is that we unite. They fight fear with fear. We must not allow ourselves to fall victim to their lies. Nobody is entirely certain how this societal shift will manifest itself, but speculation is that we will be exposed to profound truths of the universe and the very meaning of existence will be revealed. This great revelation will only be received by those who allow their naked eyes to bear witness to the magnificent spectacle in the sky. 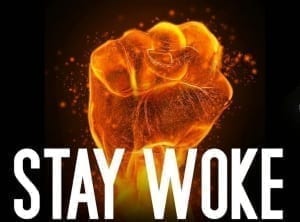 There is, however, another possible and catastrophic consequence of this astronomical event. Throughout history, people thought that eclipses were a sign of the apocalypse. With escalating tensions between the United States and North Korea, it’s possible that a nuclear holocaust could occur while the sun is blocked by the moon. While this is unlikely, it is something to be aware of.