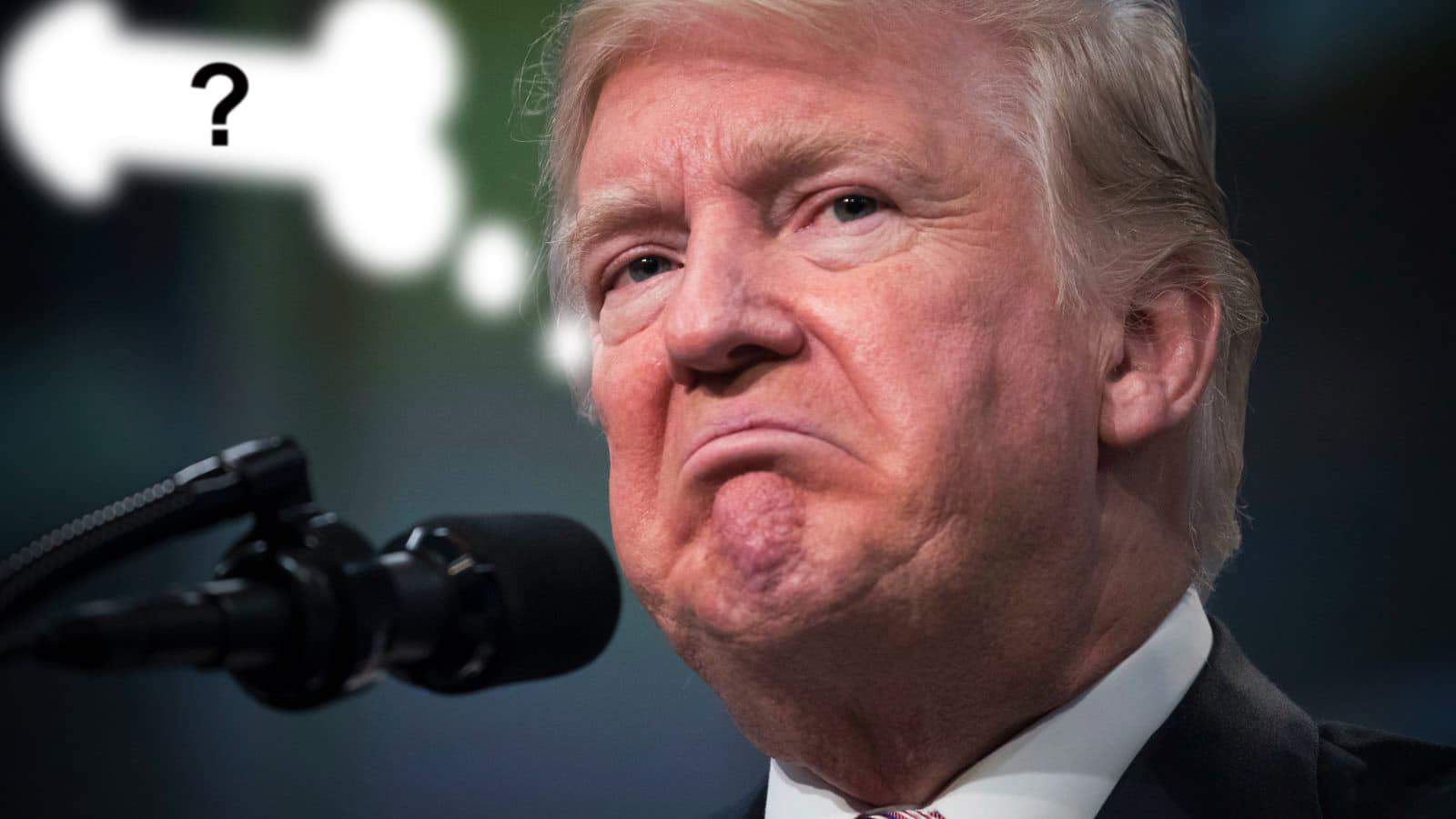 WASHINGTON DC—Like a virus spreading illness through its host, #fakenews has infected the 24 hour news cycle. Incapable of deciphering the authentic from the fraudulent, Americans have turned to the nation’s most stable genius to tell them what can be trusted. Until now, president Donald Trump’s Twitter page has served as a Rosetta Stone of sorts, calling foul on bogus stories from phony institutions like the failing New York Times, stupid NBC, and poopy pants NPR. Unfortunately, we at Word Brothel, unable to discern what’s credible, have written this piece reporting that Donald Trump’s enormous monster dick is incredibly impotent. For some reason, he doesn’t have a fucking clue whether or not to deem this piece of journalism fake.

Unlike all other news, which Trump has been able to take a clear black-or-white stance on, his judgement on this story appears utterly shaken. It’s not clear at the moment which facts the president has or hasn’t taken issue with. It could be this section which states that Trump’s sleeping giant is 10 inches long whilst flaccid. Perhaps he’s perplexed whether this bit about how he, under no circumstances, can get said massive penis erect, even with the help of male potency drugs such as Viagra or Cialis. We have no idea if any of this is accurate until Tump weighs in.

Through a source close to the president that we will not disclose, Melania Trump has told us that Donald’s lame duck dick is not only tremendous in its length, but vast in its girth. She further explained that none of this matters, because his pee-pee cannot carry out any executive orders of the sexy variety. If it weren’t for his frequent urinating, the hulking skin log attached to Trump’s pelvis would be purely decorative.

Rumors have been circulating as to why there has been no official stance on whether or not the ginormous nuclear missile in Trump’s trousers is a complete dud. Some have speculated that the implication that his manhood be considered itty bitty should he rebuke this article has kept him from responding, but our team is confident that the president’s dedication to truth would overcome any silly measurements of manliness.

Word Brothel has been actively refreshing @realDonaldTrump’s profile, eagerly waiting to see if we need to retract this story. Mr. President, we need you!