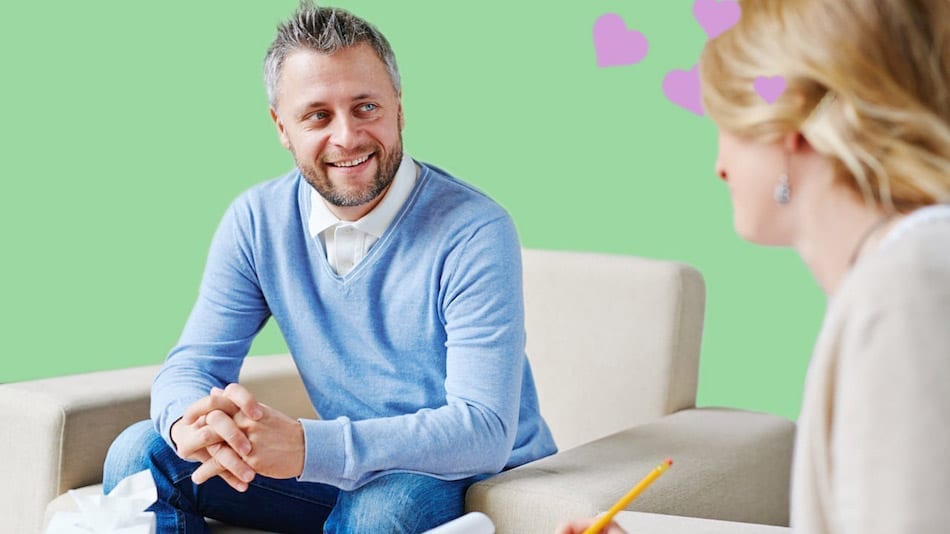 CHICAGO, IL—Following a series of destructively selfish social misinterpretations, local narcissist Linda Johnson is pretty sure her therapist Ron Blacksmith wants to bang. All the signals are there, and though she’d never make the first move, she wishes Ron would cut the obvious tension and take her right there in his office.

“He recommended temporary sexual abstinence to ‘figure myself out,’ but it’s just an excuse to me all to himself” said Linda. “Why else would a grown man who exudes such undeniable attraction give me that order?”

Indeed, Dr. Blacksmith taunts Linda by wearing baby-blue cardigans, snacking on dry lettuce, and respectfully listening, confirming her suspicions that he is a kinky fuck.

“And he decorates his office like a goddamn love nest,” said Linda in reference Ron’s beige walls and single plastic fern. “He knows dry air and fluorescent lighting is my weakness. I’m putty in his liver-spotted hands!”

Though Linda initially found it difficult to refrain from any sexual contact, it became easier when she realized it was for the benefit of juicing her interpersonal sexual chemistry with
Dr. Blacksmith. Ripping off Ron’s dusty corduroys and ravaging his five-foot four-inch body became her light at the end of the tunnel.

When asked how she imagines their inevitable consummation will proceed, Linda closed her eyes. “Ron’s airing out his fungus-infected feet, as usual. Suddenly the air goes still. He peels open his chapped mouth and says ‘I want to have intercourse with you.’ I say ‘Finally, dummy. Let’s go to bonetown.’ He knocks over his bowl of hard candy with his cane, I take down every photo of his husband Jeff, and we break the legs of his 1973 grey pleather couch with our animalistic love-making.”

But until that day comes, Linda’s willing to wait. “Dr. Blacksmith knows what he’s doing. When the time’s right, he’ll strike like the 82 year-old sex fiend he is. And I’ll be ready.”