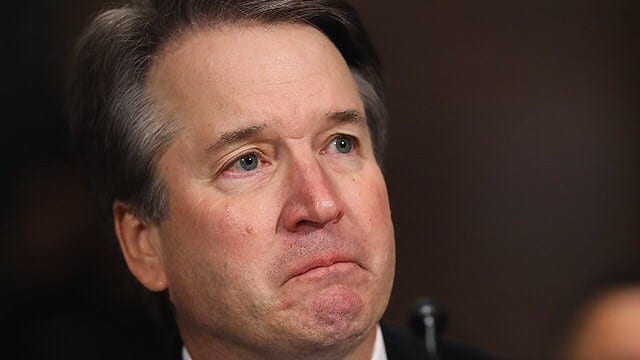 Ford’s testimony was a brave and powerful act of patriotism, likely to empower women of all ages to deal with their own issues of daily abuse and assault more adeptly. However, it was Kavanaugh’s opening statement that likely forced Americans to reckon with consequences that come with accusing a rich, privileged white man of his past crimes.

“My life is ruined,” said Kavanaugh as he sort of struggled to scream-talk through sort-of-tears and half-sobs, while inwardly assuring himself that there is no way any of the spineless Republican members of the Judiciary Committee would ever vote against their party in his nomination.

If America is truly a land devoted to due process and fairness, this committee hearing brings an important question to the forefront—

Should a man have his life ruined by sexual assault accusations, to then only be promoted to the country’s highest court of law where he only gets to decide the fate of millions of Americans’ rights for the rest of his natural born life?

It simply couldn’t be worse for Kavanaugh. In some freak accident, he could not be voted on to the Supreme Court, but would then only be forced to return to his affluent, white, upper-class life. He’d be surrounded by thousands of people who would soon believe an unknown psychologist is trying to get famous by making up a traumatizing sexual assault experience and subjecting herself to a public inquiry, rather than assume that this belligerent pin-faced silver-spoon sucking Yale graduate sucked down too many brewskis one night and used his football body to try and rip a swimsuit off an innocent unsuspecting fifteen year old girl in a locked room with his best friend.