PORTLAND, OR–A recent trend of (mostly) teenagers identifying as other animals has received mixed reviews from the social justice crowd. While it is acceptable to identify as whatever you want in today’s society, it is with much caution that one must choose what they identify as. For example, Rachel Dolezal, the woman who rose to President of Spokane Washington’s NAACP chapter, overstepped her bounds by identifying as black when she was in fact white. A backlash similar to the one that she received is now being felt by a young woman, named Catelyn Burroughs, who identifies as a cat.

Catelyn, or as she’s asked us to call her, Cat, identifies as a feline animal rather than a human. This is not an isolated case. Many teenagers are embracing the identity politics culture and identifying as all sorts of animals and inanimate objects. Everything was going fine for the feline girl until Shadow, a member of the cat community, stepped forward with outrage and spoke out. 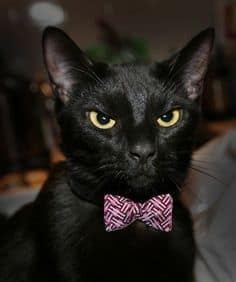 “This is appropriation of the most offensive nature. Our culture is a rich and proud one, dating back to ancient Egypt. It’s appalling that someone with such human privilege can appropriate the cute parts of our culture without the suffering and subjegation that us domestic felines have gone through for thousands of years,” Shadow explained on her blog. “Has she felt the pain of being spayed and declawed? Forced to live indoors for her entire life? Forced to shit in a box and NOT by choice? I can tell you she has not.”

Shadow believes that Cat is a caricature of the Feline American. Cat responded to the outrage saying, “I am sorry if I have offended those that were born cats by my transition. I feel most comfortable and have always identified with cat culture. I’m taking steps like adding sand-papery ridges to my tongue for self grooming. I’m getting permanent cat-eye implants as well.” Her apology was not met with understanding as she used the “C” word twice instead of the preferred nomenclature “Feline American”. It’s for this reason that even the name she goes by is incredibly offensive to Shadow. As Shadow says, “it would be like Rachel Dolezal changing her name to the ‘N’ word”.

Who do you think is in the right and who is in the wrong? Comment and tell us your opinion!