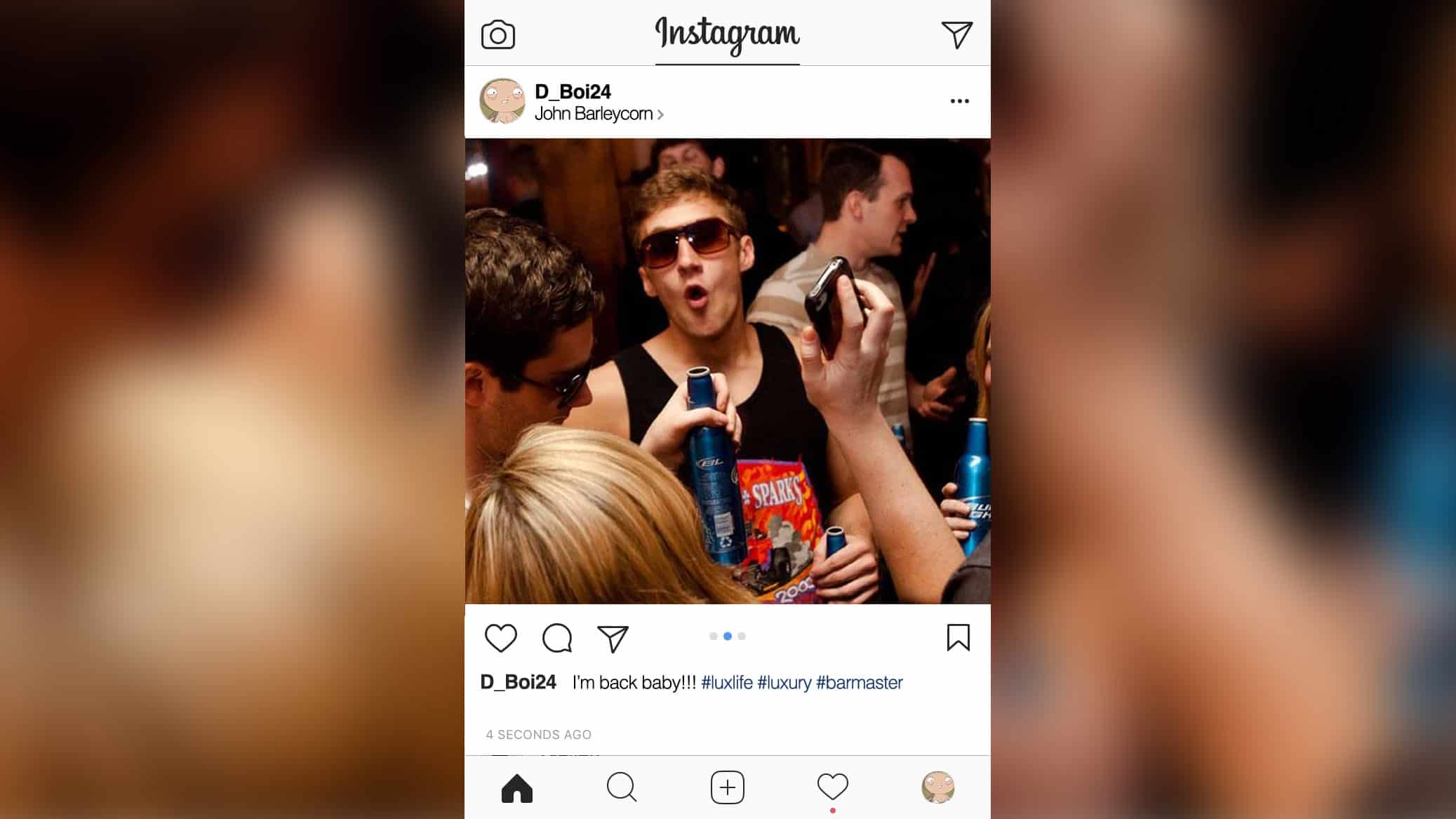 Chicago, IL—After being outed as a super-predator in November of last year, Dave Fisher disappeared from all social media, removed his website, and moved to an entirely different city. This seemed like an uncharacteristically wise choice from a man who had boldly molested women under the radar for the better part of his adult life. Chicagoans breathed a sigh of relief, anticipating a future void of his “no holds barred, tell it like it is” comedic internet presence.

“We were just starting to recover from years of having access to his daily observations while he lived his life outside of prison…amazingly considering that he is a criminal,” recalls Beth, Fisher’s 8th accuser. But that healing would be delayed.

Early monday morning Instagram and Facebook users were shocked to find that Fisher had emerged online once more, this time with a decidedly religious, socially conscious tone sharing phrases like “Only God can judge me” and news articles about white female bias against black men.

“Holy Jesus in Heaven that is so inappropriate,” comments Lane Hacklemack, who owns several comedy clubs that had once championed Fisher’s burgeoning stand up comedy career. Her tone is less than complimentary now, “That is mind blowing narcissism finding another home in his disturbed psyche.”

It appears that Fisher’s mental state has back slid into an absence of object permanence – a complete lack of understanding that if something is simply unseen for a period of time, it has not died. Head of Psychiatric Medicine at UIC, Dr. Richard Bloom notes, “Fisher has regressed to an almost childlike state. He really believes that he waited the appropriate amount of time and we all just forgot.”

The deluge of misguided content continued with poorly written poetry about his youthful mistakes. Beth comments, “It happened 6 months ago and you’re in your 30’s…seriously fuck off.”