Kasvot Växt Inducted Into Rock And Roll Hall Of Fame 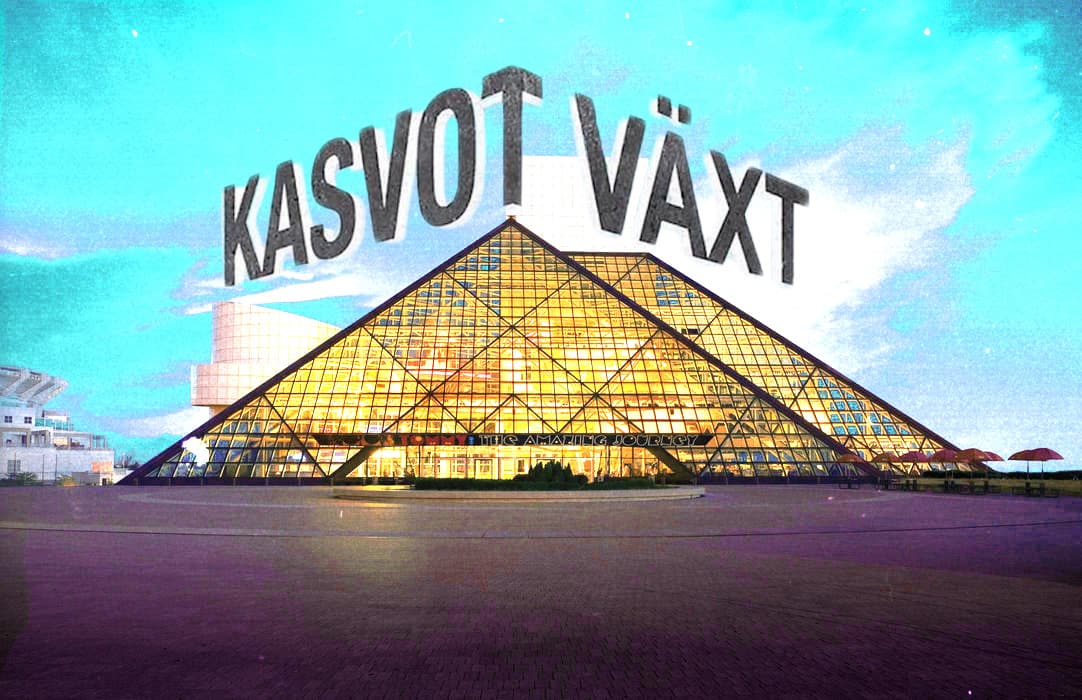 CLEVELAND, OH—After decades of living only in obscurity, Scandinavian prog rock band Kasvot Växt has earned their rightful place in the Rock and Roll Hall of Fame. Their recent surge in popularity can be credited partly to Phish, who covered their album (to the best of their ability) on Halloween in Las Vegas. However, it was sampling of and references to their songs in Kanye West, Ariana Grande, and Post Malone tracks that catapulted the band to becoming a household name in recent years.

For Lincolnville, Maine selectman and muumuu wearing percussionist Jon Fishman, this was a bittersweet moment. “I think it’s really great that one of our favorite bands is being inducted, but I can’t help but feel like they took a spot that we [Phish] possibly could have been up for. I told Trey we should have just covered REO Speedwagon or some shit like that,” Fishman reluctantly told reporters.

Egomaniac Trump supporter and popular musical artist Kanye West weighed in on the matter of their induction in a two-part tweet that read, “I wrote All of the Lights after listening to Everything Is Hollow by those Kasvot boys. I’m above any Hall of Fame because no building can house my fame, but I’m proud if any of my greatness led to this achievement for them.”

As the band, who met at a military scientific testing facility in the 80’s, prepares for their first trip to America, they have made several appearances on morning talk and late night shows. Cleif Jårvinsen, self described as the good looking one of the group, said in regards to this monumental moment of music history, “When I heard that a band named Phish played our album I was ecstatic because we eat a lot of fish in Finland. Then I listened and thought it was a cute attempt to capture what we wrote. But without the universal insights that the Nine Cubes experiment provided us, no band could capture the magic that we made.”

Clief, Georg, Horst, and Jules are putting away their scientific instruments and picking up their musical ones. The boys are scheduled to play Madison Square Garden a record 48 nights in a row in 2019. They are also reportedly wrapping up a new album that they wrote while completing their greatest gift to humanity “Operation Onyx Pyramid”. According to Georg it will “cause humanity to be stricken inebriated with absolute and pure love or destroy the very fabric of reality.”  Either way we can’t wait to hear what that album sounds like!