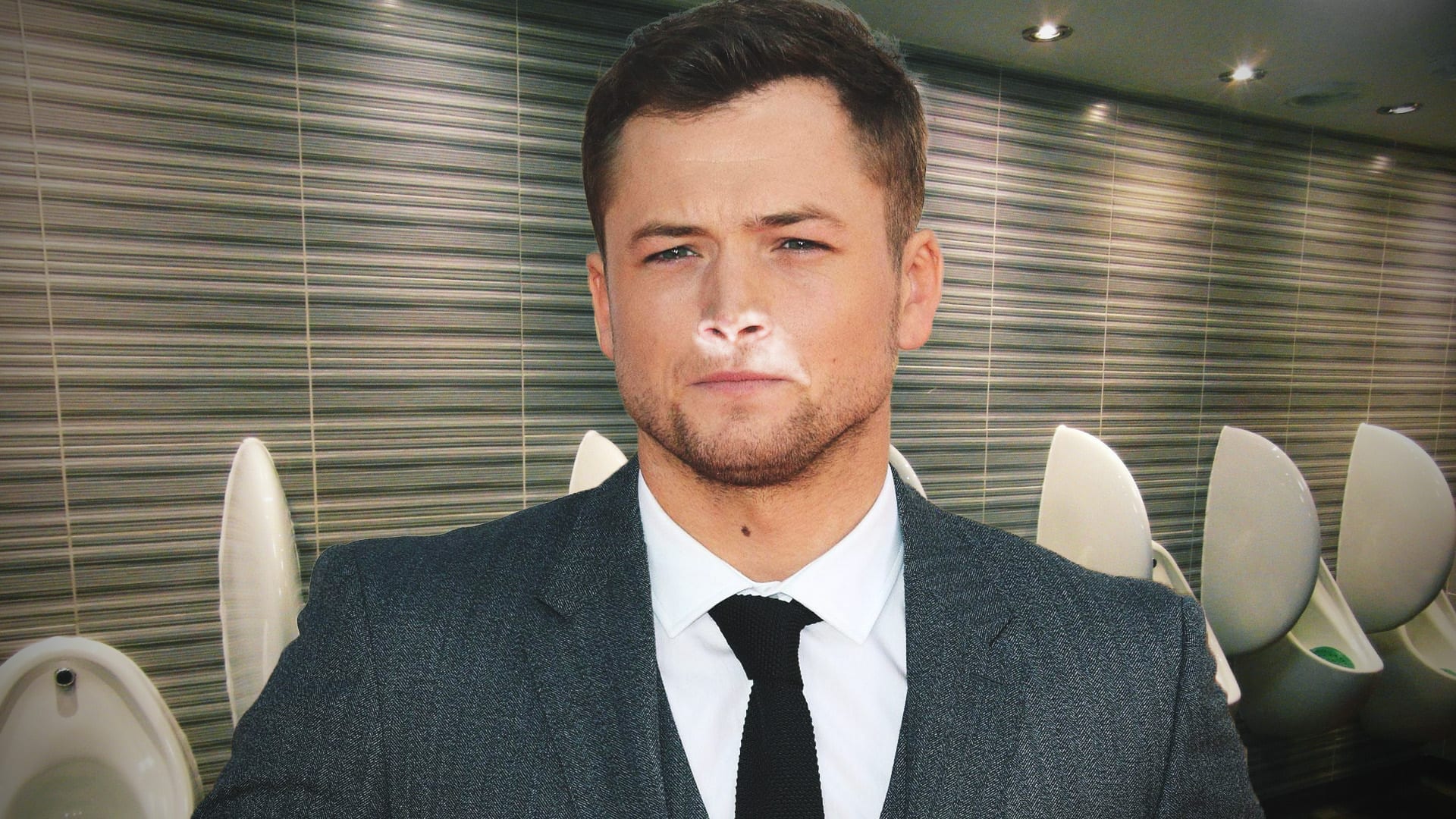 You may know movie star Taron Egerton as the lead suave spy in the Kingsman franchise, but singing and tickling the ivories? Indeed, the Welsh actor is taking a less violent and more lyrical turn as the iconic singer/songwriter Elton John in the upcoming musical biopic Rocketman. Word Brothel had the privilege of catching up with Taron at his Los Angeles estate to talk singing, portraying an icon, and sacrificing Elton John at a blood altar to absorb his essential life force.

What was your biggest challenge in preparing to play such an iconic figure?

I was enormously nervous, of course. How could anyone even approach a personality and talent so beloved by the world? Luckily, Elton was a big believer in me when we met on the set of Kingsman: The Golden Circle, and I’m so grateful he let me sacrifice him on a blood altar to absorb his life spirit.

Unlike the recent musical biopic Bohemian Rhapsody you actually did your own singing in Rocketman. How worried were you about that going into the project?

I was worried initially because my voice is, unmistakably, not Elton John’s. [Laughs.] But I’ve been a massive fan of his entire catalogue since I was a little kid, so I knew the nuances and quirks of his vocality by heart. Also drinking Elton’s spilt blood in my pentagram chamber coated my throat with his bodily essence.

Another ambitious element of this film is its time span. You track Elton John’s career from his early days to much later in his life. Were you excited at the chance to follow such a long character arc?

Absolutely! On stage in drama school I got the chance to stretch and play elderly characters, but until now I wasn’t able to translate that to film. It’s such a gift as an actor to explore life experiences unlike your own. Plus having been present at Elton’s death, wearing a medieval robe and covering my face with a lamb’s skull, I know exactly how he behaved at the end of his life, giving me a perfect arc to aim towards while filming.

Sometimes on these massive studio biopics you can encounter creative interference from financiers and the film’s subject. Was that the case with Rocketman?

No, not at all, thankfully. We had Elton’s blessing to go as far as we needed to in telling his story faithfully and accurately. And to convince the studio heads, I showed up at Paramount’s offices wearing Elton’s flayed skin as a suit. They had full trust in my creative vision from then on.

Ah, you couldn’t not ask! That’s a tough one, he’s done so many classics. Plus The Lion King soundtrack is such an indelible piece of culture. Hm. It might be a cop out, but the most pleasing noise I’ve heard from Elton John were his screams of agony as I raised Satan’s sword to behead him in my underground hell shrine. Now that’s a B-side you’ll never find! [Laughs.]